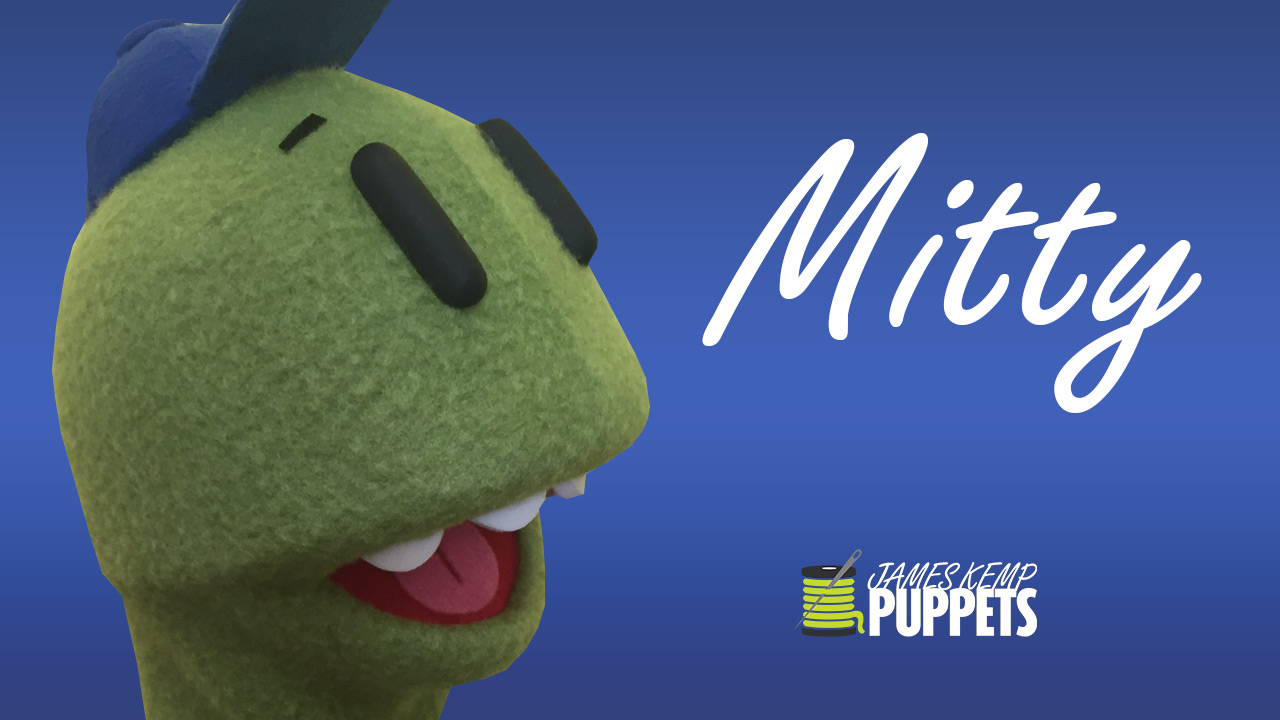 Here’s something a little out of the ordinary.  This is Mitty.  Mitty is a T-rex who loves baseball and making new friends!  Mitty was designed by my very good friend David’s son, Isaac.  Isaac had been drawing this character in his notebooks and at home.  James Kemp Puppets knew this character could be something special. 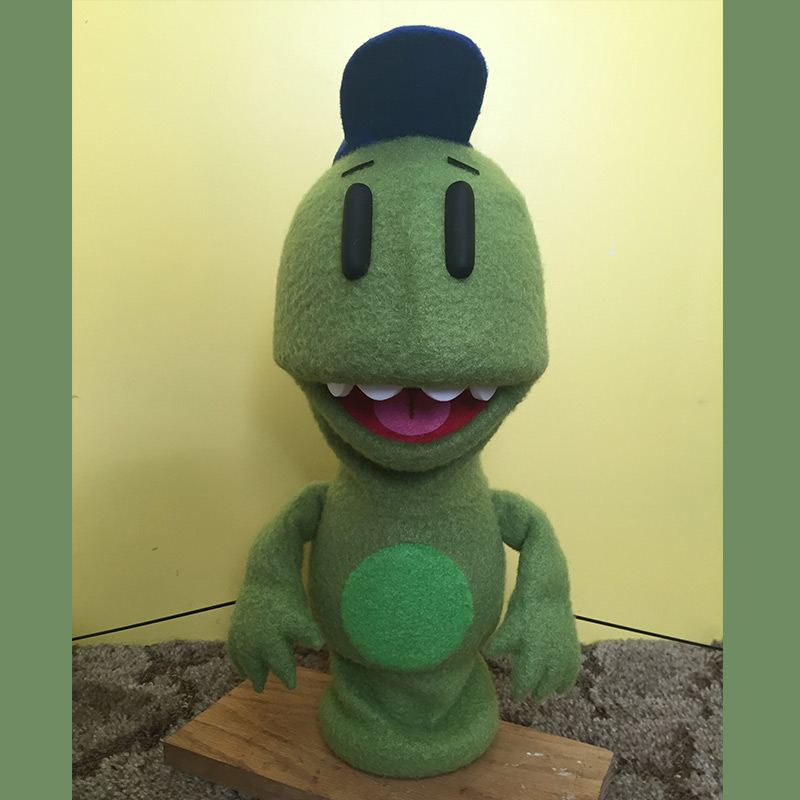 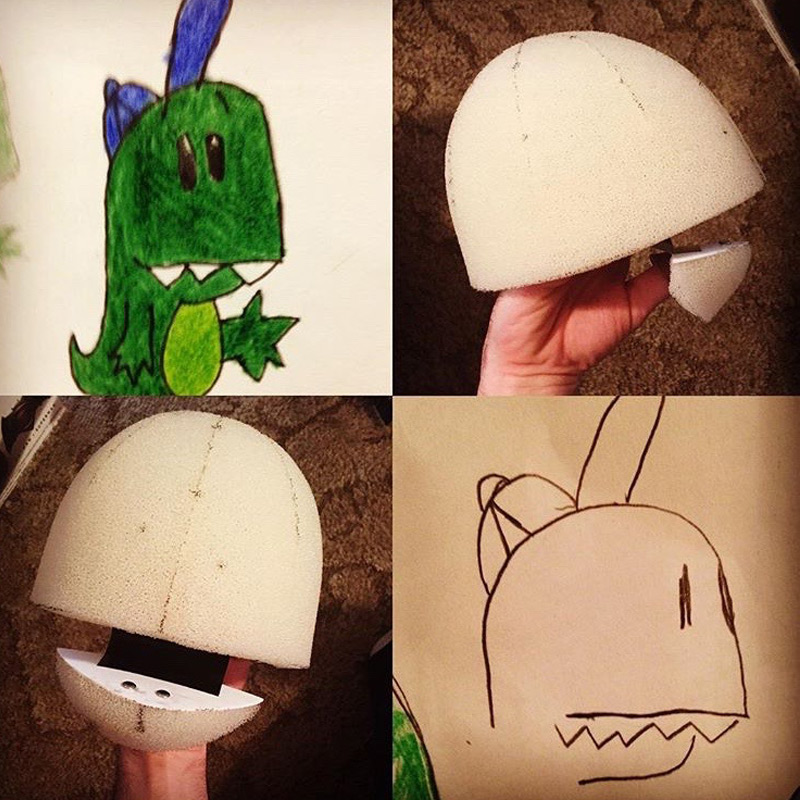 David had approached me about making Isaac’s drawing into a puppet character because Isaac really loved the puppets I built.  I was so happy to begin work. The character design is fairly basic.  This simplicity is often deceptive.  When designing a puppet from a two dimensional drawing, its important to focus on the biggest features of the character.

A Custom Puppet Built from a Basic Drawing

Mitty hadn’t been drawn from a straight-on angle, so I wanted to make sure that his eyes still looked right when it came time to attach them, and that it still gave him the same cuteness of his penciled counterpart.

I knew that his teeth would have to be individually cut, the eyes sculpted, sanded and cast, and his little hat custom made.  I’m not overly experienced with making clothing, but I was very proud of that little hat!  Another tricky bit was his fingers.  They’re just so tiny!  This puppet definitely had its own set of challenges, but I had a great time rising to meet them.

Overall, Isaac and David both loved Mitty, and now Mitty gets to occasionally join the cast of chatterers at Sublime Media Group.   Mitty will also be featured on display at the Southern Kentucky Performing Arts Center from August 4th-September 28th as part of the Sublime Puppets exhibit!  So come out to Bowling Green and see Mitty in person. 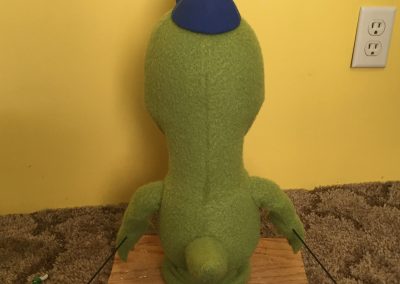 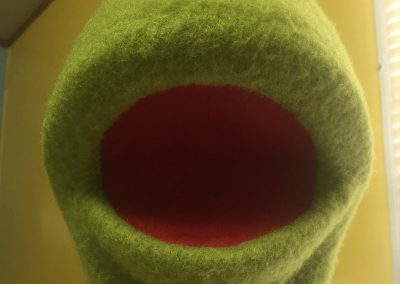 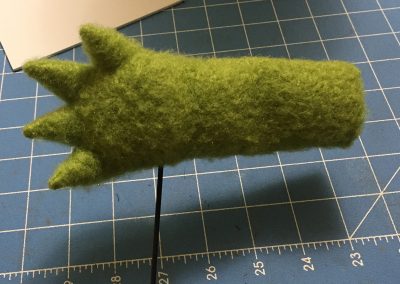 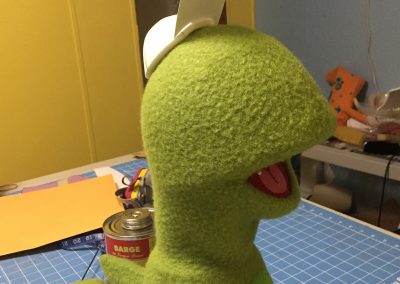