This one was a big one for me! Friend and fellow puppeteer Jayden Libran lives out in L.A. and has been puppeteering on a new web series from Grim Adventures of Billy and Mandy creator Maxwell Atoms called Dead Meat. He recently contacted me regarding the production needing a mutant cockroach puppet for the series. I was elated! Billy and Mandy had a HUGE influence on me growing up, and I watched it for hours on end. I was overjoyed at the idea of getting to work with Maxwell Atoms. 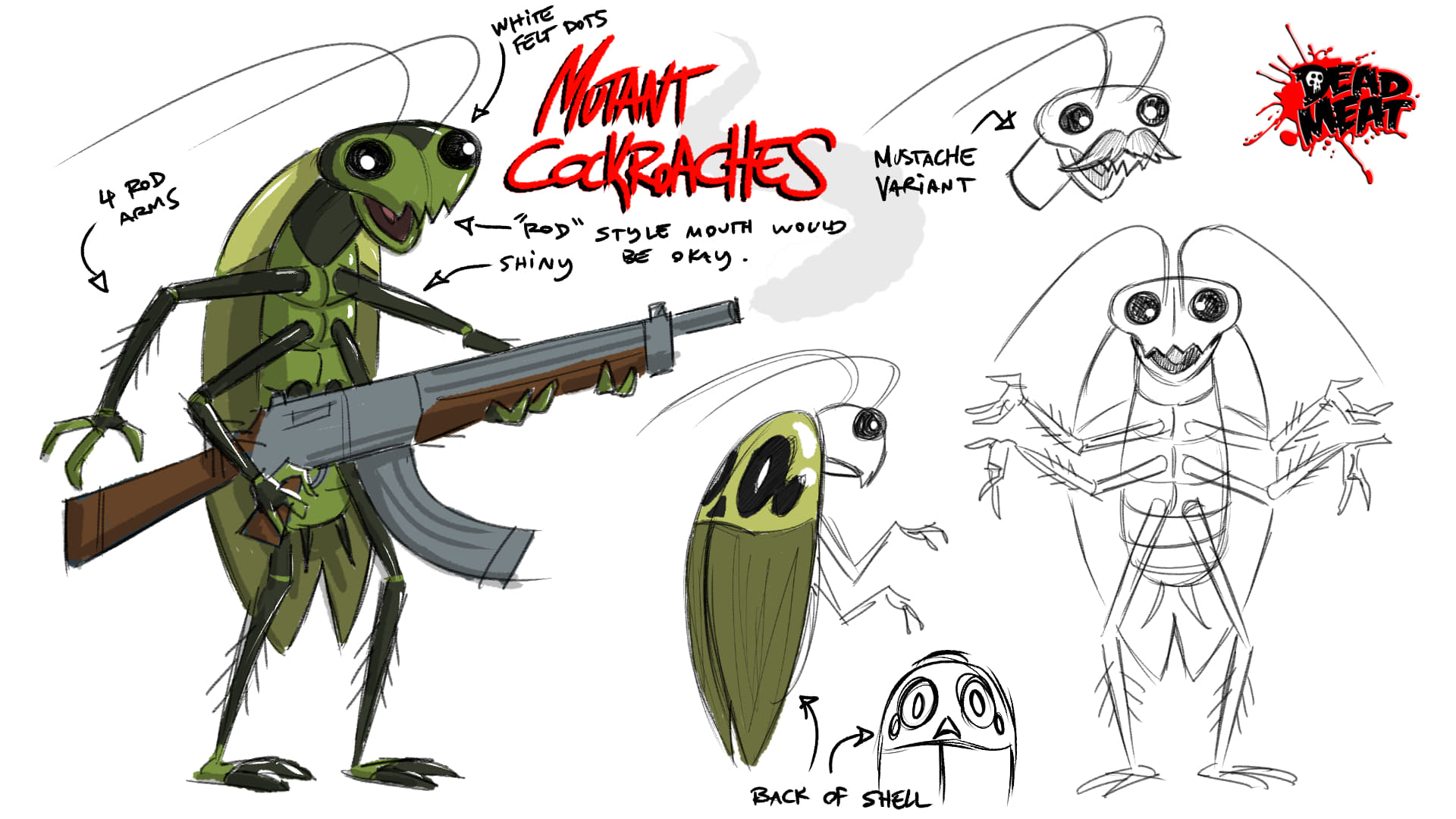 Mr. Atoms got in contact with me over the phone and we discussed all of the details of the needed puppet. He told me that they needed a mutant cockroach that would be duplicated on blue screen into an army of insects. (I’ll admit, I had to talk myself down before the phone call because I was so excited that I would be talking to a childhood hero!) Jayden had already sent me the design, which was incredible. It was so special to me because you could tell from the style that it was undeniably an original piece by Mr. Atoms. What a great feeling.

The deadline was tight. And to make things more complicated, as they often are, I was going to be starting a puppeteering job on the new show Slugs and Bugs that will be out later this year. In total, the project took three weeks. An already rapid pace, most of the work was done in the first week before production began on Slugs and Bugs. It was such a neat challenge trying to bring this character to life. There are many unusual things about him. The number of moving arms, for one thing. His antennae were also an interesting fix. With a bit of advice from friend and fellow builder Adam Kreutinger, I used fake grass from a hobby store floral section and some black paint to create the look.

Mr. Atoms was so gracious throughout the whole process offering guidance, but largely letting me put my own spin on it. He told me (even though it was a week behind what I’d hoped) that it was the most on-time puppet he’d ever had! It was an incredible pleasure working with such a creative force. Many thanks to Jayden Libran for bringing me in on the project. Be sure to watch for Dead Meat when it premiers later this year! 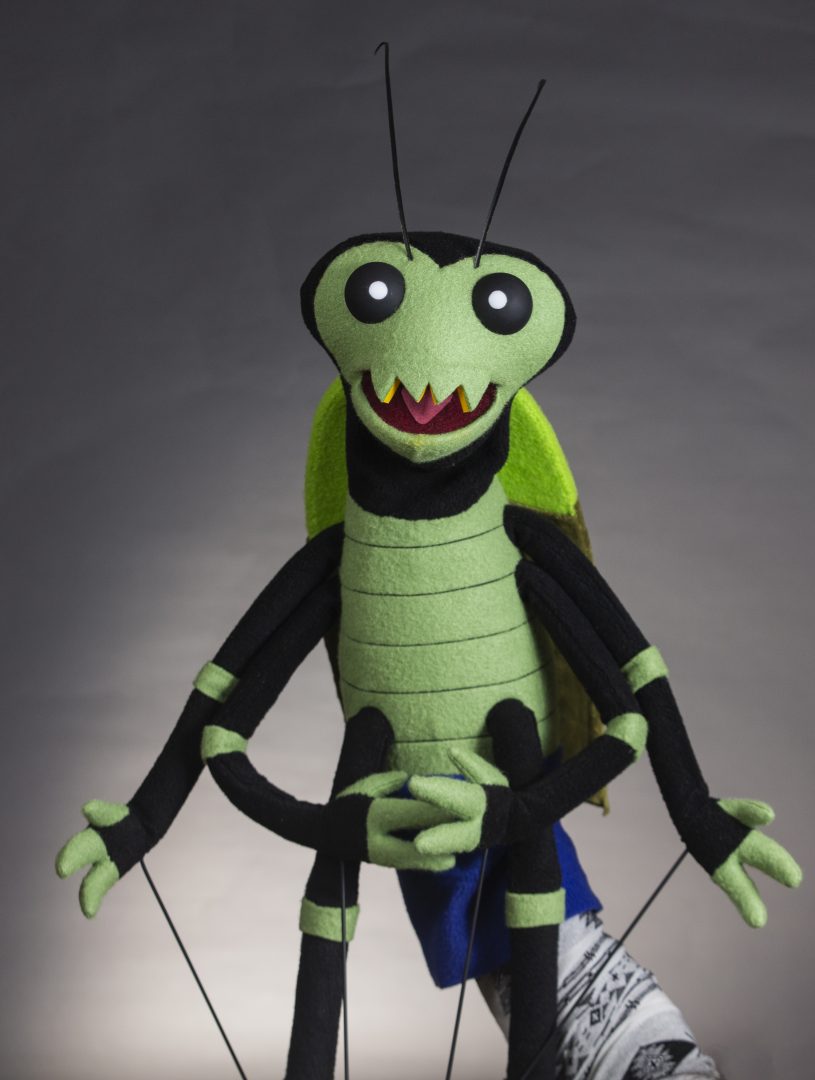 As always, contact me here to discuss a quote for your own custom projects!