Three years ago I was contacted by Balcom Agency out of Ft. Worth, Texas.  The agency was working on behalf of the National Dairy Council in Partnership with the NFL.  They were setting out to create a half hour touring show for schools around the country promoting balanced diets and daily exercise!  They were looking for three “kid” characters to use in the video.  So I began designing and building them immediately!

I created three new puppet characters for them, and was lucky enough to get to go out to Texas three times over the two years we worked together on this project!  I can honestly say that this was one of the most fun projects I’ve ever worked on.  The first time I went out there, I went by Greyhound (on my own insistence, trying to save the client some money).  I quickly learned that I NEVER want to take another Greyhound for fifteen hours.  The first shoot was on a dairy farm.  Not just any dairy farm, either.  This farm had about four-thousand cows on the property.  I had never seen an operation like it.  The shoot was fun, but the conditions were maybe less then perfect.  For most of the shots, I found myself lying on the floors of various barns or in fields lying in exactly what you would assume would be on the ground at a place like this.

The second time I went out there, we shot indoors at the Dallas Cowboys training facility.  What a cool experience! And what a fancy place.  We shot with two puppets, and the second puppeteer was Daniel Mathews, who was recommended to me by Texas resident and outstanding entertainer Brett Roberts.  Check him out here!  After the shoot, Daniel and I got to know each other a little more over some authentic TexMex.

The third shoot we did was every bit as pleasant.  We spent two shooting days in a studio in Dallas.  We even had players from the Dallas Cowboys come in to do inserts for the video.  This time I was performing a new character I had built for them, Coach Pepperjack.  Coach Pepperjack was SO much fun to perform.  He’s intense, he’s serious, and he is super into sports.  I am usually none of these things, so it was a blast getting to flex my acting muscles a bit!  We shot a ton of dialogue featuring Coach Pepperjack, and also shot some stuff with an actress and the little blue boy puppet from the pervious shoot.

In the end, they finished the project beautifully.  There is a full 22 minute video as part of a 30 minute presentation that tours schools around the country teaching kids the importance of eating a balanced diet and getting at least 60 minutes of exercise every day.  I can’t wait for my next opportunity to work with the kind, talented people at the Balcom Agency.  You can see their write up of the project, and learn more about it here!

And Be sure to check out the auto-tuned music video they made using the dialogue from the video content we shot! 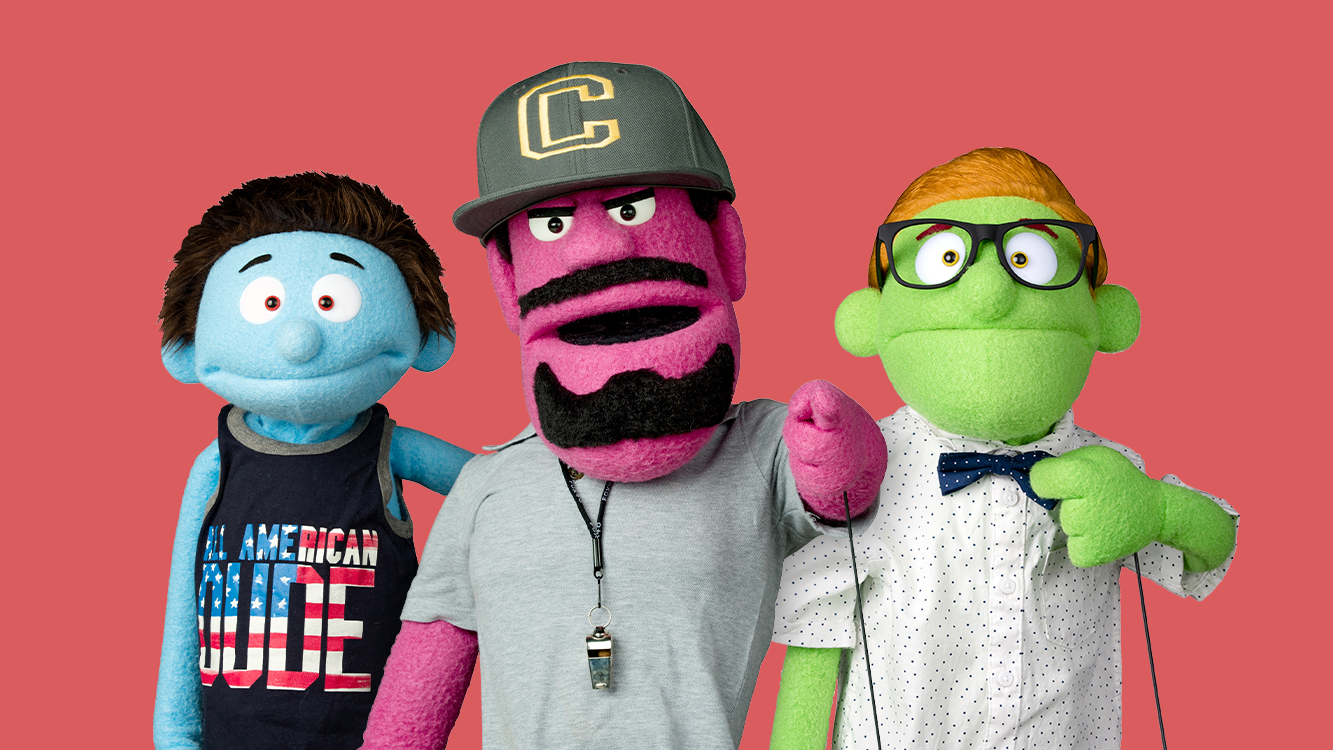 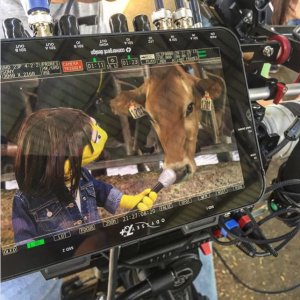